In Talara, we continue to reforest in the face of adversity 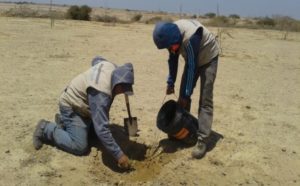 Our project in Talara continues to make strides in the face of adversity. By February we had planted a total count of 2,696 saplings of diverse native species such as the “algarrobo” (Prosopis sp.), “sapote” (Colicodemdrum scabridum), “vichayo” (Capparis avicennifolia), and “canutillo” (Grabowskia boerhaaviaefolia). 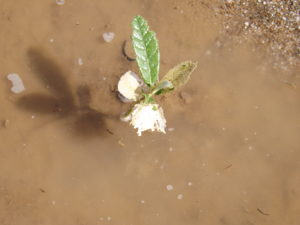 storms caused by the El Niño Costero phenomenon which lead to the flooding of saplings of “sapotes”, and an increase in plagues and weeds in the reforested areas. Nevertheless, the team has continued to work hard towards the protection of the biodiversity of the region through removing the weeds and sowing another 80 “sapotes”. We have also registered active nests, and the presence of reptiles, such as iguanas, and endangered bird species, such as the Cortarrama peruana (Phytotoma raimondii).